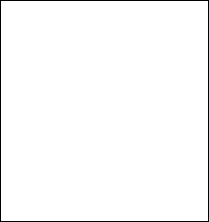 The macrofossils are also analysed using a low powered microscope and which contain such material as cereal grain, twigs, bone or seeds. This material is crucial; in that it is in-situ and has not blown into the site as have pollen and spores. Cereal grain, for instance, is important in that although there may be very few samples on a particular site, the grain - which is heavier than pollen, has probably dropped from the plant, indicating the presence of a crop having been deliberately planted in that spot in antiquity. Cereal pollen is often un-represented in a pollen diagram.

A brief glimpse of the microscopic world of pollen.

An excellent PDAS training day was held at the University of Plymouth in April, under the tutorship of Ann Kelly, Science Officer in the School of Geography. Ann looked at the role of pollen analysis in archaeology.

Pollen was first recognised at the beginning of the 20th century by Lennart von Post, using a simple microscope with a natural light source, and pollen analysis was later to be used by a wide range of people from archaeologists, apiarists and geologists to environmental scientists, paleoenvironmentalists and forensic scientists.

In archaeology, pollen analysis is used as a tool to estimate an approximate date of sequence, and to help reconstruct the context of an environment surrounding a site looking at the type and number of samples found.

In soil, preservation of pollen is often poor owing to the air content within the soil, but in anaerobic conditions such as a peat bog, pollen is relatively well preserved. To be able to define a stratigraphical sequence of a site, samples may be taken by using a variety of coring methods which vary according to the condition of the ground being tested, but surface samples can be taken merely by using a spatula. Very often, samples from the surrounding ground may also be taken for analysis, as pollen is easily transported by wind or animal movement across the ground surface.

Once samples have been collected, they are removed to the laboratory for analysis. Very often the core sample may be described by the Troels and Smith (1955) method whereby the core is sampled according to the visible evidence it contains, for instance, an obvious over-burden at the top (youngest) level, leading through a middle sequence, and finally a base level sequence representing the oldest level. Sometimes a decision can be made on this simple sampling strategy, whereas cores of homogenous material may be sampled at arbitrary levels. Stratified cores are sampled both within the stratified units and the point of change above and below these stratifications.

The samples removed from the cores then go through a series of chemical preparations which are quite complex. Once suspended in solution, the solution is passed through a series of sieves, in which microfossils are separated from the pollen and spores, and a marker dye saffronin added to make pollen identification easier. The prepared pollen is then suspended in glycerol or silicon oil and mounted on a microscope slide in preparation for identification and counting the grains. 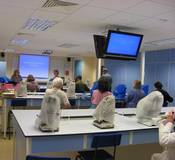