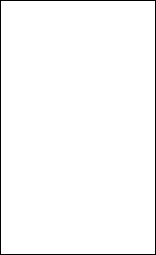 We had a good turn out and a pleasant sunny evening for our walk around the Lower Laira. We assembled by the car park on The Ride; Nigel stood atop a bank and gave us an outline of the changing shape and growth of the area of the River Plym from Pomphlett Point to Marsh Mills known as The Laira - an old name, probably Celtic meaning ‘a shallow place or crossing’ – although it was once deep enough to take great ships up to Plympton Priory.

Nigel explained the Laira is a continually silting channel, there are records of complaints of silting as far back as the 1300’s.

china clay and float off again on the next tide at South Harbour where the (Plymouth Rowing Club building is now).

In the early 1800’s the river changed its shape, it was embanked along the west shore with a huge 15ft embankment which stopped the tide from entering the two creeks of Lipson Lake and Tothill Bay. A new toll road to Plymouth was built on top.

Lord Boringdon and The Earl of Morley decided to embank the other side. It is possible to see the stone face of The Ride embankment today. This stopped the tide entering Chelson’s Bay (now the site of the Chelson Meadow tip).

Horse racing took place on the site, (a regular event in August and September with a special ferry laid on) and Lord Boringdon won the Telford medal for himself here!

As we moved off towards the Laira Bridge, Nigel explained that Lord Boringdon had wanted better communication from Plymouth towards Kingsbridge. At that time it was necessary to take a long walk to Plymbridge or boat across Oreston Passage to gain access across the river. Laira Flying Bridge (like the chain ferry),

operated by hand power was introduced from 1807 to 1827. It could take four carts or a small flock of sheep, there was a ramp at either end for access; but the tide can be very fast there and could cause the ferry to drift sideways. It was replaced in 1827 by an iron bridge with five arches; designed by James Meadows Rendell.

Sailing vessels could no longer pass through but the sand barges could lower their funnels.

The ‘sludge boat’ had a detachable funnel and a low wheelhouse. This bridge was in place for 140 years, then in 1962 it was replaced by the present bridge built on an abutment of the earlier bridge.

Nigel told us about The Laira Wharf branch of the Dartmoor Railway -Princetown to Crabtree Wharf and later Coxside horse-drawn railway. He pointed out the area of the Cattedown wharves which handled 10 million tons of cargo per annum, mostly oil. It was a hub of transport – a large complex between Plymouth and Dartmoor; London and the South west and locally out to Yealmpton, Turnchapel and Oreston.

In the fading light we walked to Blagdon’s Meadow as Nigel continued to tell us so much about the area; this is just a taster! I recommend one of Nigel’s talks on the area or if you get a chance a walk around The Laira with him. He is an enthusiastic and unquenchable fountain of knowledge. As the evening cooled we were glad to retreat to the welcoming warmth of The Morley Arms for a hot bowl of chips kindly laid on for us. Of course Nigel could tell us the full history of that building too!! 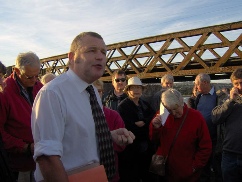